Tips On How To Assemble A Powerful Cricket Fantasy Team

If you asked every person in India to name the sport they associate with India, they would surely say “cricket.” Fans of this ancient sport in India are almost cult-like in their dedication to it.

For Indians, cricket is more than a sport; it is a religion. In the same way that cricket is a religion, its supporters venerate players as gods. Due to their performance, these cricketers may bring the whole country to a standstill. Fans like seeing them play, and when they participate overseas, they bring home trophies and acclaim for their nation.

Cricket is as popular in India as it is anywhere else. The moniker “Gully Cricket” refers to the fact that cricket may be played in a variety of environments, including backyards and streets, in India’s urban areas.

Numerous factors contribute to cricket’s popularity in India, including the sport’s ease of play. India has a robust and well-developed infrastructure for persons to study and train. This has led to the emergence of several players of world-class caliber who have won several honors for India.

In addition, T20 competitions like the Indian Premier League and India’s robust cricket governing body have helped the growth of the sport in the nation. 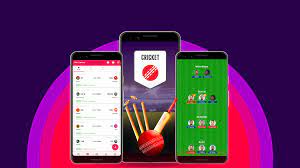 The game of fantasy cricket is simple to play. It is an app-based version of cricket that can be played electronically or online. Downloading a professional fantasy cricket app is a prerequisite. The user’s fantasy cricket team and participation in competitions are configurable after downloading and installing the program. A cricket match must be selected, eleven players must be selected, and a competition must be entered to track the performance of the selected players throughout the match. If these players do well throughout the match, you will get points for them.

Fantasy cricket is neither a form of gambling nor a game of chance, despite being easy to play and accessible to anybody. Fantasy cricket is a game of skill since success is directly connected to how a user selects players for his or her team. Fantasy cricket success requires a comprehensive understanding of the game as well as the capacity to stay current on cricketing news. For many, fantasy cricket is the ultimate test of their cricket knowledge.

This article has compiled top idea for constructing a successful fantasy cricket team.

Fantasy cricket is a game of talent, not chance, so selecting your favorite players from the past or those who struck massive sixes in the last World Cup is not the ideal strategy. Choosing your squad from a group of average athletes is a formula for catastrophe. If you want to win your fantasy cricket game, you must have a large number of all-rounders on your team, since they will earn you points for both batting and bowling.

This pitfall is easy to fall into if you’re new to fantasy cricket. Avoid the temptation to participate in every event and game. Even more so if the monetary benefit is involved. To minimize your losses, it is extremely recommended that you pick your games with caution. When a user lacks sufficient knowledge about a player or their past performance, they end up selecting them, only to lose the game and their money. In fantasy cricket, it is usual for players to throw all of their eggs in one basket in the hopes of hitting it big, but even the smallest mistake may have disastrous results.

It is a well-known adage that “form is temporary and class is everlasting,” but fantasy cricket is a remarkable exception. For fantasy cricket, it is essential to keep track of how players have performed in recent matches, as opposed to depending on their career stats or public perception when selecting team members. You get points depending on how well your players perform on the day of the match; thus, their form is an excellent prediction of how they will perform.

At first look, it may not appear significant, yet weather and field conditions have a direct effect on a player’s performance. For instance, some players perform better when the wind is not blowing, while others are exceptional regardless of the wind’s direction. Therefore, it is essential to choose individuals based on their real talents rather than their perceived ones.

In matches with a limited number of overs, such as the Twenty20s, the top-order hitters face the most balls. Using a limited quantity of balls, these cricket players will assist you in accumulating points. Middle-order batters are a safe option for one-day internationals and other long-lasting matches.

Consequently, why are you still sitting on your hands? You are now prepared for battle with our tips on how to construct the ultimate fantasy cricket team! Keep yourself educated and current, and make intelligent player selections. And remember to enjoy yourself as well.

These were the top fantasy cricket tips and tricks.

Know all about cricket betting and updates at CBTF betting.

Get the updated expert betting tips at https://cricketbettingtipsfree.com/

Know all about cricket betting and updates at CBTF betting. Get the updated expert betting tips at https://cricketbettingtipsfree.com/