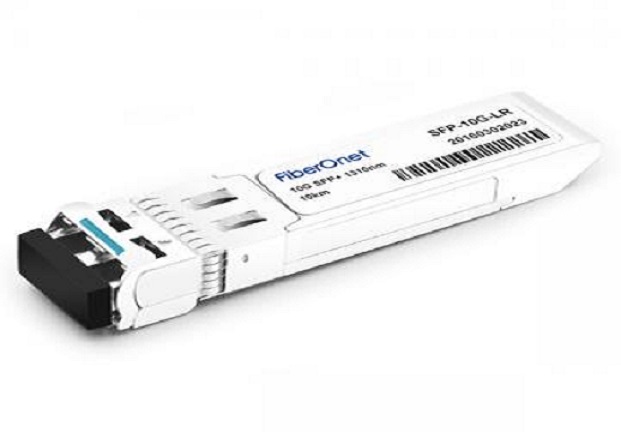 As the interface between computers, switches, routers, and other equipment and the physical layer optical transmission channel, the development of 10G optical modules is very important in the development of 10Gb/s Ethernet equipment. The 10GBASE-LR optical module mainly includes three parts: optical emission sub-module, optical receiving sub-module and multiplexing, and demultiplexing sub-module.

XAUI is a standard interface between chips, which has fewer pins than XGMⅡ, and the distance increases. The XAU1 interface includes four serial channels in the transmit and receive directions, denoted as 0-3. XAUI is designed to be both an interface extender and an interface. It is a 10Gbps media independent interface (10 Gigabit Media Independent Interface, XGMII), and it is also an extension to XGMII. XGMII is an interface with 74 signal lines, 32 of which are used for data transmission and reception. XGMII can also be used as a complement to PItY in the MAC layer of Ethernet. XAUI can also replace or extend XGMII in the interconnection of the MAC layer and PITY of Ethernet, which is a typical application of XGMII. XAUI was developed directly from the PHY of 1000Base-X in the Gigabit Ethernet standard, which has a serial bus with its own clock.

The rate of the XAUq interface is 2.5 times that of 1000Base-X. With 4 serial channels, the XAUI interface supports 10 times the data throughput of Gigabit Ethernet. Like 1000Base-X, XAUI adopts a reliable 8B/lOB transmission code to ensure that the signal is still intact after passing through the interconnected interface (usually copper medium). Since XAUI comes with its own clock, the advantages of XAUI technology include its inherent immunity to electromagnetic interference, compensation for multiple signals, error detection, and fault isolation capabilities, lower power consumption, and its I/O channel ease and availability Some CMOS processors are integrated and so on.

The data decoded by 8BIIOB is then re-encoded. The encoding method adopted by the 10Gbls Ethernet serial link is 64B and 66B encoding. When using 64b/66b encoding, add two extra bits of encoded data. The data utilization rate is much higher (up to 97%), but the error checking code needs to be increased. In 10G Ethernet, due to the introduction of forwarding error correction (FEC) and advanced signal recovery technology, each bit of data can be as efficient as other Ethernet technologies. 10G tAN interface working speed should reach 10.3G.

The 64b/66b encoded data is then scrambled and entered into the parallel/serial conversion module, the multiplexing/demultiplexing module. The function of the multiplexing chip is to convert the 16 parallel signals sent by the coding chip into serial 10GBASE-LR signals and output them to the driver chip; the function of the demultiplexing chip is to convert the 10GBASE-LR high-speed code stream received by the receiver. Send 16 parallel signals to the decoding chip for decoding. After the parallel/serial conversion, the data rate is 10.3125Gb/s, and it can be sent to the photoelectric conversion device to be converted into an optical signal.

The photodetector converts the light signal into a current signal that goes into the preamplifier. The noise of the preamplifier has a great influence on the output noise of the whole amplifier, so it should be a well-designed and manufactured low-noise amplifier. In addition to providing sufficient gain, the main amplifier’s gain is also controlled by the AGC circuit, and the amplitude of the transmitted signal is not affected by the amplitude of the input signal within a certain range. The most important performance index of the optical receiver is receiver sensitivity.