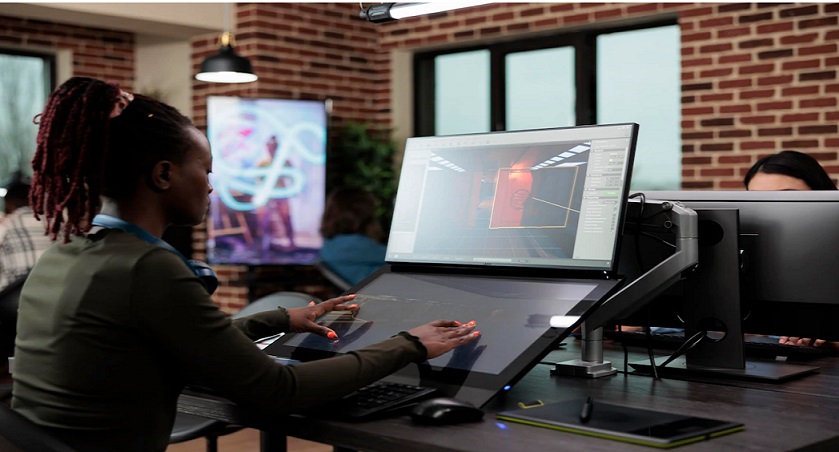 Without a 3D modeler a cinematic effect, film, or any video game is incomplete. However, did you know that these two worlds are dissimilar? At first glance, the modeling in these fields appears similar, but there are few variations between them. We will focus on the most significant of them in this article.

Whether using Maya or 3ds Max, 3D modeling often uses many of the same techniques and tools to produce excellent work. A great way to learn about 3D Modeling is by opting for a Game Art Course.

The creation of the item and its animation may constitute the modeling process. In actuality, several processes go into making a project appear excellent when it’s finished, including:

1. Know your roles and responsibilities.

3D designing is a complex process that requires specialized skills and knowledge. They often use it in video games and films. However, the production of graphics for movies differs from making 3D models for games. A movie is a passive experience, while a game involves interaction. To look into a career as a 3D modeler, be it in games or films, you must first determine what kind of role and responsibilities suit your abilities and skills.

2. Look for tools and learn about various software

3D modeling software allows users to create models from scratch or import them from other sources. There are different 3D modeling software, each with its strengths and weaknesses. They designed specifically some for creating 3D models, while others are general-purpose tools. Some are free, while others require a subscription fee. The type of 3D modeling software you need depends on what kind of project you’re working on. For example, if you’re making a video game, you’ll probably want to use a dedicated 3D modeling program like MAYA or Houdini. In the case of website design, Blender may be a better choice.

Here are some of the most popular 3D modeling applications a 3D modeler should always keep in mind:

3. Understanding the major difference between the 3D model for games and films

We use 3D models in many industries. For example, architects use them to design buildings and other structures. They are used to visualize and analyze complex systems. Studying objects and environments is one of their main purposes. Images and animations are created using them by graphic artists. And filmmakers use them to create movies. The fundamental difference between 3D models for games vs films is the number of polygons (the small pieces that make up a 3d model). There isn’t a cap on the number of polygons that may be in any given model when it comes to modeling for movies, whether it’s an animated blockbuster like Toy Story 3 or a live-action movie with CG integrated like Pacific Rim. As the number of polygons increases, the model becomes increasingly detailed. Movies often have the resources and time available to focus on every object’s polygon count. Video games cannot do this because of the hardware and software limitations of graphic rendering engines.

4. Finding your key interests being it movies or games

For those unfamiliar with the world of 3D design, the learning curve can be steep. The first step is to design a concept, and then you must learn how to build it on your computer. Because each useful program has its learning curve and quirks, they also spent a significant amount of time becoming acquainted with the software. You can either invest a lot of time and effort in developing your project or hire someone to do it for you.

The model will be more detailed the more there are of them, but it will also take up more space in the file, it is beneficial for movies but when it comes to video games it limits due to hardware and software being used. If you want to work in games, learning how to texture and properly lay out a model’s UVs is a crucial and helpful skill to master.

Games and movies use entirely different methods for 3D modeling. A specialist in one field is not always proficient in another. You will need to work on effective technical and strategic methods in order to opt your career in this Industry. Z-Brush classes are the greatest choice for you if you’ve been putting off working on your 3D game modeling project or need help with it.