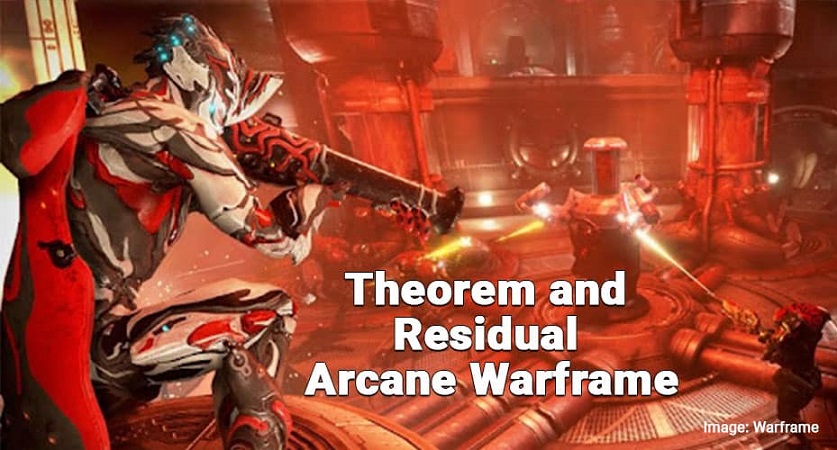 In this article, we will discuss if Theorem and Residual Arcanes are still worth using in 2022.
Here is a list of all the Residual Arcanes Warframe and their rankings from most useful to least useful. So read this to the end before we max out their rank.

What is an Arcane Enhancement?

Arcane Enhancements or Arcanes are a type of item that grant buffs to certain equipment after achieving specific conditions in a mission. The types of Arcanes you can use depend on the set they were made for.
You can install Arcanes freely and then immediately remove or replace them without worry because they won’t be destroyed.

Players can rank up their Arcanes easily by using and destroying duplicate unranked Arcanes of the same type. When you rank up your Arcanes, the effects are increased. Each rank-up needs one more Arcane compared to the previous rank, The max rank of an Arcane relies on their type

The Residual Arcanes have four different Arcanes each with different abilities and potential. Players can also find these in Arcana Isolation Vaults. Let’s if you want to learn more about four types of Residual Arcane Warframe.

The victim is afflicted with a 20% chance of body growth. 12s explode that and inflict 80 Heat Damage to the area within 10 minutes

20% chance of creating a cold fog for 12s, dealing 40 Cold Damage/s or applying cold damage to the Theorem Arcanes.

20% chance to electrify corpses for 12 seconds that deals 200 electric damage to the enemy within 10m. Theorem Arcanes are also affected by this effect

20 percent Chance to create a pool that causes blood toxic for 12 seconds. This ability deals 40 Toxin Damage/s. As well as with Theorem Arcanes, this can be used to avoid additional Toxin Damage.

All of them have a zone effect and you can search for them on Arcana Isolation Vaults which are Entrati facilities built deep within Deimos.

Should You Use Theorem and Residual Arcanes?

If you want to hear the truth, then don’t- use Theorem and Residual Arcane Warframe in 2022. What is the problem? The theorems and residual arcana were not playable and had many issues at first. But after some buffs and fixes, these Arcanes have become quite good for low-level enemies, but they are not as good at high-level enemies.

Many players were left frustrated when they found out that Theorem and Residual Arcanes weren’t sufficient to fight enemies at a high level. Though Theorem Arcanes are not bad compared to other Arcanes, they do have some power. But there are many Arcanes that are more powerful than Theorem Arcanes. if you want to max out your Residual & Theorem Arcanes, you will have a hard time doing so against powerful enemies.

In this article, we have explored the Theorem and Residual Arcane Warframe and whether or not they are worth using in 2022. We hope you find the above discussion insightful and may have saved some of your time. Even though these Arcanes are not bad, they’re just not all that useful. The Theorem and Residual Arcanes Warframe are not very strong for higher levels enemies. I know they already have a lot of better options. But if they get some buffs then they might be worth using