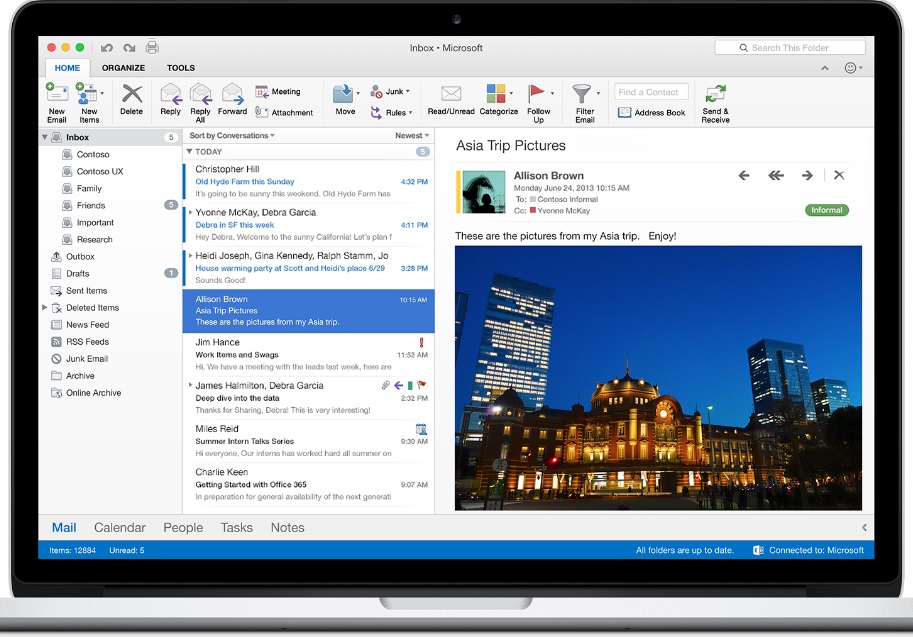 Here are  some key changes and new features that users should know about in the Microsoft Office 2016 for Mac Release:

One of the first things you’ll notice with the new release is the updated user interface. The design has been updated to match the Windows version of Office 2016 and is now consistent across all platforms. This will make it easier for users to transition between different versions of Office.

One of the most anticipated features of the new release is real-time co-authoring. This allows multiple users to access a document at the exact time, and you can also see what others make changes to the document. This is a great feature for team collaboration.

Another key change in Office 2016 for Mac is improved support for cloud services such as OneDrive and SharePoint. These features allow users to save their documents in the cloud and access them from anywhere. This is a great way to keep your documents safe and secure. Excel has also seen some key changes in the new release. There are now new chart types, improved PivotTable support, and more functions available. These changes make it easier to work with data in Excel and get more accurate results.

Outlook has also seen some improvements in the latest release. There are now better search capabilities, support for Exchange Server 2016, and Meeting Scheduler improvements. These changes make staying organized and connected with your team easier.”

Another big change in Office 2016 for Mac has improved compatibility with Windows. In previous versions of the suite, there were often formatting issues when opening documents created in Microsoft Word for Windows. However, those issues have been largely ironed out in this latest release, making it easy to share documents between Mac and PC users without any hassle.

In addition to the aforementioned changes, Microsoft has added several new features to each of the individual apps in the suite. Word, Excel, PowerPoint, and Outlook all receive enhancements in this latest release, making them more powerful and versatile than ever before.

The Microsoft Office 2016 for Mac Release brings many welcomed changes and features that users will find helpful in their day-to-day work tasks. The consistent user interface across all platforms will make it easier to use different versions of Office, while real-time co-authoring will be a great feature for team collaboration. The improved support for cloud services will also be very beneficial for users who want to save their documents in the cloud and access them from anywhere.”